The Brumby Horse is an Australian wild horse native to the Queensland province. Most of the Brumbies live in the still sparsely populated north of the continent, so that you would probably encounter them in Queensland and Northern Australia. 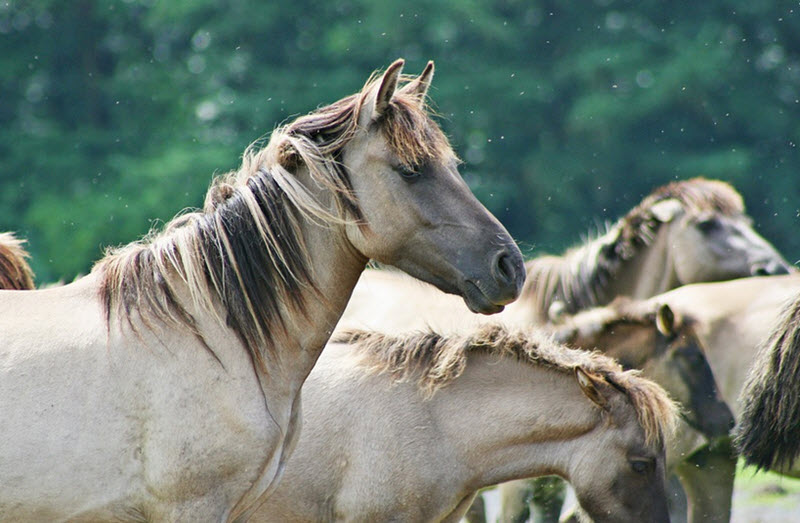 History of the Brumby

The wild horses probably have their name from Sergeant James Brumby. He was one of the first settlers on the new continent and left his horses to the Australian bush when he transferred to Tasmania.

By the pure will to live these horses learned to take care of themselves and became known more and more for the their endurance and resilience. Because of these traits mainly Brumbies were deployed in World War One and Two and many of the wild horses lost their lives in the war.

Historically, the Brumby was valued for its endurance, strength, reliability and all round agility, and many of the old bloodlines evolved into what we now know as the Waler or the Australian Stock horse; under the National Parks Act 1975.

Australia’s wild horses have proven themselves adaptable and easy to train. Revered for their stamina, agility and sure footedness, former brumbies compete in a variety of arenas, from endurance riding and pony club competition to bush racing and show jumping. They have been used to support underprivileged youth, in equine-assisted learning and even to rehabilitate other horses.

Size and color of the Brumby

The Brumby can be any color and ranges in size from 14 to 15 hands. Their heads are a bit heavy, with a short neck and back and straight shoulders, with sloping quarters. However, due to the fact that some Brumbies carry a good deal of Thoroughbred blood, often some are found to be quite refined and well conformed.

It will come as no surprise that they have very strong legs, are awfully courageous and their powers of stamina are perhaps the greatest in the world. There is little doubt that the Brumby would be a good candidate for endurance competitions, as nature is the best breeder of tough, enduring horses.

The Brumby is considered by many Australians and a number of overseas people to be an Australian icon. Others feel that the Brumby is a pest and needs eradicating. Feral horse management is a complex issue because while they are serious environmental pests, they can also have cultural and economic value. Some Brumbies are captured and broken in for riding, but this is not a widespread practice. Australia today is a country rich in good horses obtainable by easier means.

Over the years, wild herds grew even larger while the animals degenerated in type and quality. Australia has the largest number of feral horses in the world. The Brumby horse became so numerous that in the 1960’s an extensive culling operation was begun.

Without a doubt the Brumbies are a spectacular and important component of Australian history. They came with the first settlers, who brought the first seven horses to the continent in 1788. These mares and stallions were tough survivors: Not only did they have to endure the arduous and lengthy passage, but they also had to adapt to the extreme weather.

The idea or image of wild horses running free appeals to almost nearly everyone and is an American early animal icon of the West. The sight of their beauty, strength and grace are magnificent to watch. I think it invokes that inner wish in all of us to be free and independent.