The American Quarter Horse is the first breed of horse native to the United States. The breed came about when the bloodlines of horses brought to the New World were mixed. Foundation American Quarter Horse stock originated from Arab, Turk, and Barb breeds. Selected stallions and mares were crossed with horses brought to Colonial America from England and Ireland in the early 1600s. This combination resulted in a compact, heavily muscled horse that evolved to fill the colonist’s passion for short-distance racing.

The American Quarter Horse is the oldest surviving American breed. Although other breeds have origins dating back much earlier, including the Arabian and the Thoroughbred, these breeds were actually imported to the United States at one time. 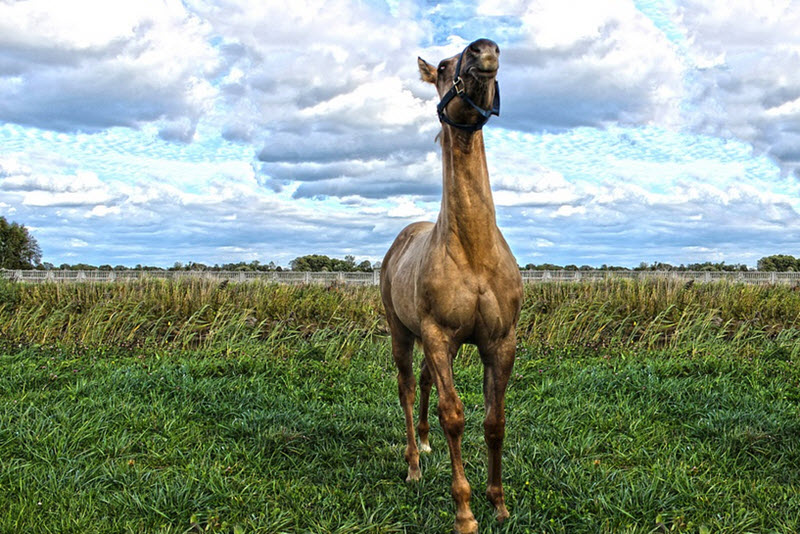 The most prominent of colors of the American quarter bourse are: sorrel (reddish brown), with the others being bay, black, brown, buckskin, chestnut, dun, red dun, gray, grullo, palomino, red roan and blue roan. Identifiable characteristics of the breed are heavy muscling, sprinter’s speed, versatility, keen cow sense and a gentle nature.

Popularity of the American Quarter Horses


When they are not racing, cutting cattle or portraying horses on the silver screen, American Quarter Horses can be seen in a wide variety of events. There are over 2,300 AQHA-approved shows held each year.

The breed makes exceptional barrel racers, pole benders, reining horses’ polo ponies, all sports requiring athletic and maneuverable horses. American Quarter Horses have been members of the United States and Canadian Olympic Teams where their ability to maintain a calm demeanor is almost as valued as is their athletic ability.

Most people could probably have guessed that Texas has the largest population of Quarter Horses in the world. Over 420,000 American Quarter Horses currently reside mainly in Texas.